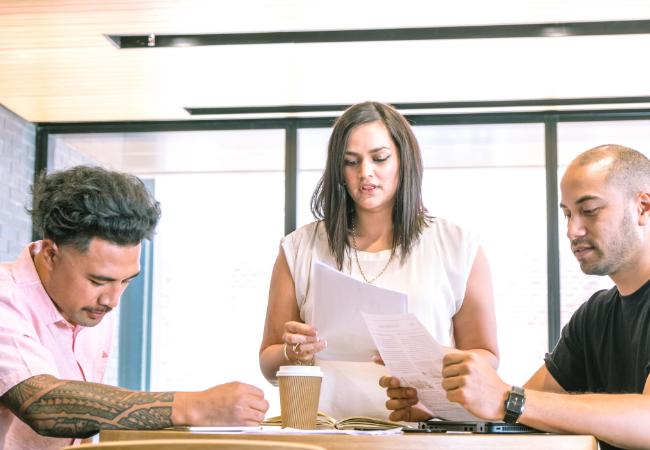 Are you really appointing the best person for the job? Tikanga holds the key.

Finding the best person for the role has long been the intent for employment specialists and senior executives. Whether you use competency-based questions or the STAR method of behavioural interviewing, you will likely miss one central element.

Discovering ‘who’ the person is, gives interviewers the best source to uncover the best candidate.

Interviewers frequently begin the interview with the “Why?” question. “Why do you want this job?” to illicit intention and organisation fit.

Yet each of these approaches misses the central element of being human. How do you, as interviewers and interviewees, ensure the whole person arrives in the interview?

Interviews can be stressful as:

The most common trap interviewees fall into is they warm up to giving the ‘right’ answer rather than responding to questions and having a conversation with the interviewers.

Kere was an exceptional advisor and manager working in the CEO’s office. Astute, personable, knowledgeable, she knew how government worked and how to keep senior leaders well informed. With five failed interviews, Kere lost her confidence. We began to work together. We discussed her interview experience, her nervousness in entering the room, and responding to the first question. I suggested had she thought of helping herself ‘arrive’ by beginning with her pepeha? She looked shocked. ‘Really?’ Yes, I replied. That became the focus of our work together – how and ‘who’ Kere would bring into the interview.

Kere chose to speak of where she was born, her tribal connections, her love of her nephews, and her international expertise in a sport. I noticed she warmed up with vitality. Kere saw this too. While fluent in Te Reo, she decided to speak in English. She texted me at the end of her first interview, very excited. She had been offered the job.

In our debrief, Kere let me know what gave her confidence. She had found her place to stand. One of the interviewers shared the same sport as she did, another shared connections within her tribe. Kere could bring out her experience and expertise, knowing the interviewers had a strong sense of who she was. She bought all of herself to the interview rather than leaving her identity as Maori at the door.

Maori know the centrality of sharing their connections with the people and places that are important to them. Maori protocol begins every meeting by bringing themselves into the discussion by connecting with others. Unsurprisingly this is the basis for any group to work, making connections among who is thereby tapping into the identity and experiences they bring.

If you want to recruit the best people for the job, you must create the conditions for people to bring their whole selves to you and the interview. Click To Tweet

As an interviewee, know who you are before you enter the interview. This is the best preparation you can make.

If we genuinely want diversity in our organisations and ensure we appoint the best people, let those who wish to join or progress in your organisation bring their whole self to the interview; their identity, and abilities, experience, and expertise.

What obstacles would your organisation have to overcome to ensure a candidate’s pepeha is central to best practice hiring processes?