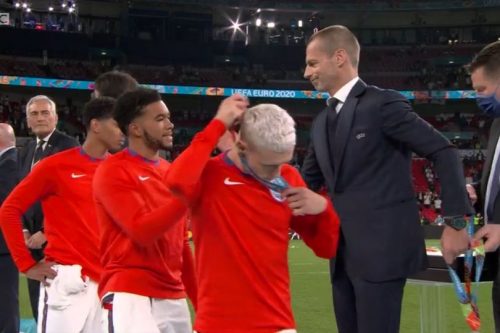 I love high-performance sport and have enjoyed the feast of tennis, football, rugby, and now the Olympics. One standout moment for me was the rivalry between the Italians and the English in the Euro 2020 football final. Both teams have over 50 years since their last win. There was a lot at stake. Soccer is one of those oddities where players are paid millions, yet a 1 – 0 or 1 all score is not uncommon. It is as if the players can’t outwit one another with their closely matched skills. Or, the game has failed to innovate, relegating players and fans to the odd exciting or dramatic moment. Unfailingly the goalkeepers in this final were exceptional.

When you have two world-class teams pitting against one another, there will still only be one winner. As this game evolved, a further 30 minutes were played, the score remained 1 all. A penalty shoot-out followed where both sides chose 5 players who each attempted to kick the ball into the guarded goal.

The outcome? Ecstatic Italy won by 1 point. The scene that followed was vibrant and poignant. Young players whose failed kick in their first world cup shootout were heartbroken and comforted by older players or their coaches. The Italians were joyous, tearful, and elated. England’s fans were heartbroken.

The medal ceremony with officials socially distanced yet hugged medal recipients. There was a jarring moment for me. Each of the English players, including the captain, immediately removed their silver medals from around their necks as they walked from the podium. Their displeasure in coming second was evident. Their rejection of the officials, and the score was evident. Their inability to accept they had not won whether by luck or skill, was on full display. I wished the officials had not relied on ritual, knowing the English players had anticipated their intention, and not awarded the silver medals.

Contrast this with the speed and grace of Simone Biles who withdrew from competing after she realised she wasn’t on form. She championed her team throughout the remainder of the competition. And Naomi Osaka who withdrew from the French Tennis Open when she was fined for not accepting post-match interviews and being asked mindless questions. Her words. These young women’s decisions took care of their well-being in accepting they were not in the right frame to continue competing.

What is the best way to accept ‘defeat’, and failure, or the loss of a dream?

Do you deny that it has happened? Or do you work with the reality of what has happened and accept disappointment and grief as part of any repair process?

Seeing the players publicly reject their silver medals for second place disappointed me. They were losers in my eyes. I can empathize with their disappointment, but not their denial that the game was fair, and they had lost by the slimmest of margins possible.

How do you deal with disappointments and failures in your organisation? It is part of your ‘wallpaper’ and development, or is it swept under the carpet?